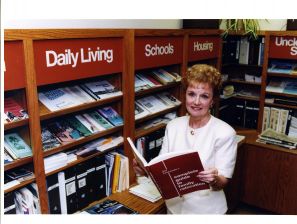 Jan Dickinson, President and CEO of the Dickinson Group of companies, is internationally recognized as an authority in all phases of corporate relocation.  She works regularly with corporations in selecting business site locations worldwide, having been selected as one of the top site selectors in the country.  She annually serves on the judging panel for Economic Development Project of the Year awards.  Jan has the experience and detailed knowledge of the industry to address every aspect of relocation.  This assures that her coporate clients will get the best possible return on their investment in relocating their firm and their valued human capital.

Jan's business background is extensive.  As Public Relations and Promotion Director, she helped to pioneer the first commerical UHF television station in the world, and was an on-the-air talent for two shows.  Jan was employed by the City of Portland, Oregon to manage the Exposition Recreation Commission, developing their Memorial Coliseum Complex.  She has served on the Board of Directors for many economic development groups.

The Dickinson Consulting Group works closely with many international companies in Asia, Canada, Europe and the United Kingdom.

In 1983 Jan created The Relocation Center to fully outsource the relocation function for corporations.  It is now operating on a global basis.  Beginning at the candidate stage and creating budgets, Cost of Living, tracking expenses, managing homesale/purchase, selecting and managing all vendors and being the single contact point for the employee and especially the family.  An original concept at the time.  The program is currently in explicit manuals and ready to be marketed in total for someone to use as a bolt-on to their business or become a franchiser or sell licenses.

It serves also as a companion to the site selection team.  Group moves take totally different programs, within the coporate operation, from regular human capital repositioning.

The author of numerous published articles, Jan has also written 47 critically acclaimed  books.  Her International Move series outlining how to live, work and do business in specific host countries is in the Library of Congress and used by Diplomats and Ambassadors when assigned to those host countries.  The Department of State presented Jan's International Move to the United States at the Paris Book Show where it received great acceptance.

She is listed in "Who's Who in the U.S. Writers, Editors and Poets," "Who's Who in America," "International Author's Who's Who," and many others.  Also a member of the International Platform Association, Forbes CEO Network, Society of Human Resource Management (SHRM) Research Panel, Editorial Review Board of IMPRIMIS, Publication of Hillsdale College, Directorship 100 and is Principal Mentor of My Advisory Board, a global business mentoring program.  Dickinson Consulting Group was recipient of US Commerce Association Award Best of Portland 2009 and 2010 Relocation Services.

A platform speaker at seminars and conventions, she appears frequently on national and regional radio and television interview shows, and is a regular guest on local radio travel shows, explaining the culture of specfic countries.  National newspapers, and business magazines use her as a resource.  She is on the Advisory Board for Business Facilities Magazine, and an informal advisory board of business leaders to help the State of Louisiana with strategies to regain their business position.

All orders are payable in US Funds, drawn on a US Bank